The torrid few months for Stokes following the street brawl in Bristol will not have an effect on the English all-rounder, believes Buttler.

England cricketers Jos Buttler and Ben Stokes will be united in the Rajasthan Royals (RR) camp in IPL 2018. The torrid few months for Stokes following the street brawl in Bristol will not have an effect on the English all-rounder, believes Buttler.

Ben will be absolutely fine and more than ready for the IPL. He is already back for England in New Zealand and is quite comfortable. He is a huge part of England. It’s great to have him back in the English side as he is one of the best players in the world, Buttler told The Times of India (TOI) before adding, I am expecting some big things from him this time.

Buttler is looking forward to play alongside Barbadian Jofra Archer, who has taken English citizenship. Archer was a huge hit in BBL 2017-18 and played a big role in Adelaide Strikers win.

He is a player for the future. Big things are expected from him. His game is ideal for IPL. He bowls fast, is an amazing athlete and can hit bowlers out of the ground. It will be exciting to watch him play in India, said Buttler.

Speaking about his role, Buttler added, My exact role will be decided by the team management, but in recent times I have been opening the batting and have quite enjoyed it. I am also used to batting in the middle order and have been playing the role of a finisher. I am quite comfortable with it. So, I am available for whatever role I am given.

Buttler has idolised mentor Shane Warne while growing up. Now that the duo will be working together, Buttler is hopeful of gaining some insights from Warne s amazing cricket brain .

Buttler also praised Krishnappa Gowtham, who will be a part of the RR unit. Gowtham was picked for a whopping INR 6.2 crore.

Gowtham is not too highly rated in India, but I have seen him at Mumbai Indians nets and have found him to be amazing. I think he would be the man for Royals, Buttler said.

The Royals, who last participated in 2015, will begin their campaign against Sunrisers Hyderabad (SRH) at the Rajiv Gandhi International Stadium in Hyderabad. 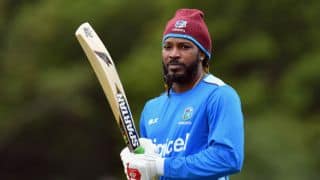