Kane Williamson scored the only fifty in the match and he was well supported by former KKR stars Shakib Al Hasan and Yusuf Pathan.

Sunrisers Hyderabad (SRH) are only getting better in VIVO IPL 2018. With 3 wins from as many games, SRH comfortably rule the IPL points table. On Saturday, they beat Kolkata Knight Riders (KKR) in the Match 10 of the tournament at Eden Gardens and unlike the Mumbai Indians (MI) game, they ensured that this time it was not a last ball affair. Skipper Kane Williamson is pleased with the way his side has shown improvement from the previous game.

“Obviously nice to win three in a row. Best part was the improvement from the previous game,” said Williamson, who was appointed the side’s captain after David Warner was banned from the tournament following his involvement in the ball-tampering saga in Cape Town last month.

Williamson lauded his bowlers and fielders, and their ability to be consistent. KKR were restricted to 138 with Bhuvneshwar Kumar getting a 3-for, and Billy Stanlake and Shakib Al Hasan picking 2 wickets each.

Williamson added, “Highlight was the fielding. Bowlers have been outstanding. Nice that they’ve been able to do that consistently. The way they’ve responded in these three games has been brilliant. Suppose the guys are used to playing on very good surfaces. Wasn’t a lot of turn for the spinners but they hit good lengths. KKR are a really strong team. It was nice to pull that back and chase the total down.”

The New Zealander, himself, has shown good form with the willow. Williamson scored the only fifty in the match and he was well supported by former KKR stars Shakib and Yusuf Pathan. 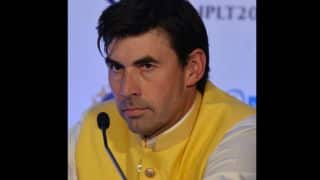