In the 3 matches that Sandeep Sharma has played this season, he has picked 5 wickets from 3 matches at 10.2. His economy rate is an incredible 4.63.

Sunrisers Hyderabad (SRH) have mastered defending low totals. They defended 118 earlier this week against Mumbai Indians (MI) and on Thursday, they won against Kings XI Punjab (KXIP) despite managing just 132 runs. On both occasions they were without their ace bowler, Bhuvneshwar Kumar.

In Bhuvi’s absence, Sandeep Sharma has stepped up. In the 3 matches that he has played this season, Sandeep has picked 5 wickets from 3 matches at 10.2. His economy rate is an incredible 4.63. Sandeep credited skipper Kane Williamson for his calmness and positiveness.

Kane Williamson has been a very good influence. He is very calm. When you see him at the ground, he is always positive. Whenever we score low totals, he says to forget that. He asks us to focus on our bowling and taking wickets. If the leader is calm under such a situation, it increases our confidence, said Sandeep as reported by Hindustan Times.

Earlier in the tournament, Sandeep had told CricketCountry, “He (Kane) is very good with bowling changes. He has plans in place. He has bowlers in mind for different batsmen. He does his homework very well.”

Sandeep finished with figures of 4-0-17-2 against his former side KXIP on Wednesday. Asked on the turning point of that game, Sandeep added, There was no turning point as such. If it is a low total, every bowler needs to perform. We bowled well collectively. All of us are executing our respective roles. Because of that we have been able to defend low totals. Bhuvneshwar Kumar is currently injured, when he comes back we will be even stronger.

Apart from his skills with the ball, Sandeep has another role for his side. Since he opens the bowling, Sandeep is expected to tell teammates on the behaviour of the pitch.

I generally start with the new ball. So I am in a better position to tell my teammates about the way the pitch is behaving. Today too I was telling them that the pitch is holding a little bit. So, slower balls will be effective rather than seam up deliveries. If you see the wicket of Chris Gayle by Basil Thampi, he also got out on a slower bouncer, he added. 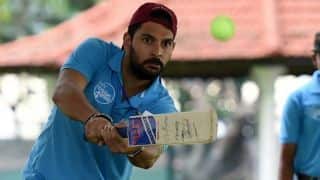 Yuvraj Singh: Juggling between personal and professional life difficult for a cricketer 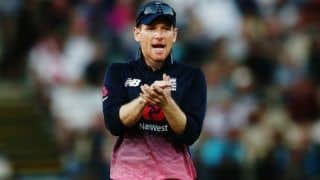