Virat Kohli was rested for the Nidahas Trophy and last played in India's tour of South Africa.

Kolkata Knight riders(KKR) seem all set to take on Royal Challengers Bangalore(RCB) in their opening game of Indian Premier League(IPL) 2018. the game is scheduled to be played on April 8 at Eden Gardens, Kolkata. Virat Kohli last played in India’s tour of South Africa. He was rested for the Nidahas Trophy 2018 in which Rohit Sharma led the team to the title.

Ahead of the game Jacques Kallis in a press conference revealed that the plan set is against the whole team and not Kohli.

One batter doesn’t make a team

“We have got plans for all the batters. One batter (Kohli) doesn’t make a team. When you fall into the trap of one batter then you are focusing on wrong things, you need to focus on all the batters,” Kallis said

Yuzvendra Chahal and Kuldeep Yadav were the most successful bowlers in the limited over series against South Africa as they trapped the players in their spin-web. Wrist spin has proved to be a vital weapon for teams in recent times. With two wrist spinners in the side Kallis expressed his excitement for the tournament.

“Wrist spinners play a big role in this format. A mystery bowl is slightly difficult to pick than the conventional players. We have got a couple (Kuldeep and Piyush Chawla), we are looking forward to some exciting time,” he said.

KKR will miss their most successful captain this season as Dinesh Karthik will lead the side. Karthik who rose to fame in the Nidahas trophy seems to be in a perfect mind frame to lead the team. KKR have a 12-9 win-loss record against RCB.

“You want to start off the tournament well. RCB are a good side. A team that starts off well, are the teams who know their players’ roles and where they fit in and how they settle down. We have a good record against them and want to make sure we play some good cricket,” Kallis told reporters.

KKR will miss the services of Australian pace spearhead Mitchell Starc who has been ruled out due to leg injury. Starc was replaced by English allrounder Tom Curran.

“Unfortunately Starc got injured but we have got replacement in Curran. We look forward to some exciting stuff from Tom. Should stand up and play a big role in absence of Mitchell,” Kallis concluded. 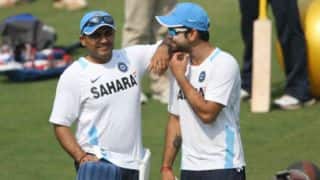 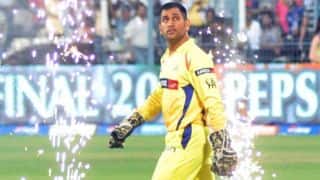