Vinay Kumar has not had the best start to Vivo IPL 2018 thus far. He has bowled 3.9 overs and conceded over 65 runs so far. The flow of runs begin at the start and end of his over. With CSK requiring 17 runs off the final over in Match 5 of 2018 IPL, KKR‘s Kumar leaked 19 runs. In the first IPL game against RCB, Kumar began with leaking 14 runs in his first over and in his final spell he conceded 16. Similarly, in the match against CSK, Kumar was hammered by Shane Watson giving away 16 runs and the final over was a forgettable one.

He was targeted on social media after the match after the CSK-KKR clash. But Kumar provided a fitting reply to shut the trolls.

Hey guys take it easy, it s just a game. Where were you all when I defended 9 runs against RCB and 10 runs against Mumbai Indians!! Sometimes things do go wrong so CHILL….

Absolutely.Its game of cricket. Wish u all the luck for future buddy

While he asked the Twitterati to calm down, Irfan Pathan also extended his support to the pacer. 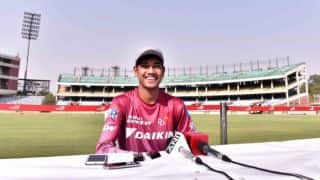 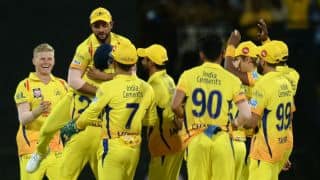