Mark Wood today said he wants to pick the brains of M S Dhoni and Dwayne Bravo and emerge as a "match winner" for CSK.

I think learning to cope in pressure situations can only help. And picking the brains of some of the legends of the game… MS Dhoni as my captain will provide a great insight and I would love to work with (Dwayne) Bravo and develop my slower ball, the 28-year-old Wood said.

Wood said he was “immensely proud” to get to play for Chennai Super Kings (CSK) in the IPL.

“It will be an immensely proud moment for me to play for the Chennai Super Kings in the IPL,” Wood was quoted as saying by the CSK website.

“Not only is the IPL a great competition but I also get to play for the best team! Who wouldn’t want that? I m very lucky and hope to be a match-winner for my team, he added.

The highly-rated Durham bowler, who regularly clocks 140kmph, said he wants to thrive under pressure.

Of course there is pressure but that s what really switches you on, the English cricketer said, speaking about the expectation of spearheading CSK s bowling attack along with the latest South African pace bowling star Lungi Ngidi and Shardul Thakur.

“It might not go your way every time but if you give everything you ve got and commit to every ball, then, hopefully, you come out on the right side more often than not, Wood said.

CSK’s CEO K S Viswanathan said the team was looking at someone who could regularly bowl at 140kmph and head coach Stephen Fleming felt Wood could be a good option and do well in the IPL.

We were looking at someone who can regularly bowl at 140kmph and (head coach) Stephen Fleming felt Wood was a good option. We feel he has the potential to do well in the IPL,” Viswanathan added. 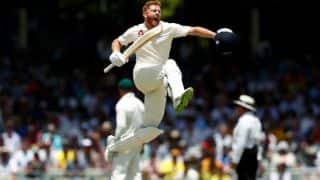