Michael Hussey has been vital cog in CSK set-up from 2011-13 that included two IPL titles.

With the return of Chennai Super Kings (CSK) from IPL 2018, some old heroes have also returned to the side. MS Dhoni, Suresh Raina and Ravindra Jadeja were retained by the side during the IPL Player Retention event on Thursday. However, CSK will also have the services of one of their key members back Michael Hussey. Hussey will take over the role of batting coach. The news was revealed on CSK’s Twitter account. Hussey emerged as a force in CSK in 2011. He scored total 492 runs at 41 and strike rate of 118.84. He ended his stint with CSK in 2013 with tally of 733 runs at 52.35 and strike rate of 129. 50.

Welcome back, Huss! Our summer is gonna be even more awesomesauce with this gentleman from Down Under back in the Yellow Brigade. This time, as the Batting Coach! #ReturnOfTheSuperKings #SummerIsComing #WhistlePodupic.twitter.com/7HjzWxogSj

Hussey was then acquired by Mumbai Indians (MI) in 2014 and returned back by CSK in 2015. That was his final IPL edition. Hussey played a crucial role in CSK from 2011-13 that included two IPL titles. Now with the return of CSK, Hussey is back into the camp as a batting coach. Hussey had expressed the desire to be back in CSK as a support staff last year.

While he had expressed his desire to coach the CSK side, Hussey had also told reporters it would be a task for CSK to form a strong team from scratch. CSK and Rajasthan Royals (RR) have not been involved in IPL for past two years.

In the meantime, the remaining CSK players have either moved on or have retired from the format, Two years is a long time in IPL and the teams and players have moved on. But CSK was always a well-run team. The owners give the coaching staff complete freedom. So if they can get the right players and support staff in the right place as well this time, I don’t see why CSK cannot dominate again, Hussey said.

The IPL 2018 auctions are scheduled for January 27 and 28 in Bengaluru. 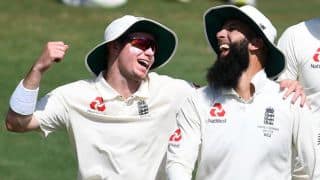