The BCCI had decided to withhold Shami's contract after his wife Jahan made a series of allegations, including adultery and domestic violence.

New Delhi: Troubled Indian pacer Mohammed Shami today finally joined the Delhi Daredevils training ahead of the Indian Premier League, starting April 7. Shami has had a rough time off the field with his wife Hasin Jahan filing a police complaint against him for domestic violence.

He also sustained a head injury after his vehicle collided with a truck when he was on way to Delhi from Dehradun following a short training stint at Abhimanyu Cricket Academy (ACA), which is run by Bengal batsman and India A player Abhimanyu Easwaran’s father.

At the Kotla today, Shami was seen doing the fitness drills besides some catching practice ahead of the warm-up game. In an indication that the injury has not fully healed, the 28-year-old’s forehead was covered with a band-aid.

With his off-field troubles mounting, it seemed at one stage that Shami will not play in the IPL. However, his participation was cleared the moment the BCCI offered him a fresh central contract, which it had withheld following his wife’s police complaint.

The BCCI had decided to withhold Shami’s contract after his wife Jahan made a series of allegations, including adultery and domestic violence, and lodged a police complaint against him. Shami has denied all the allegations. 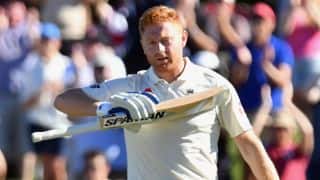 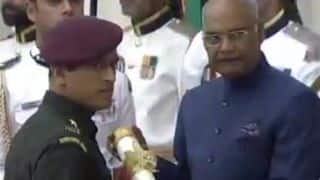