The Indian Premier League 2018 will see the return of Chennai Super Kings(CSK) and Rajasthan Royals (RR) after three years.

The Indian Premier League 2018 will see the return of Chennai Super Kings(CSK) and Rajasthan Royals (RR) after three years. Irfan Pathan who was played under MS Dhoni‘ in CSK and Risisng Pune Supergiants believes CSK may not be a very strong team on paper but have a wonderful captain.

In an interview with Cricketnext, Pathan talks about Mumbai Indians and Sunrises Hyderabad being a strong side on paper. But he later talks about the experience CSK have in their squad and believes they will do well this season.

They will do well

I think Sunrisers Hyderabad, Mumbai Indians and Kings XI Punjab look very strong on paper and they have put together good squads, however, one cannot discount Chennai Super Kings ever. They have a wonderful captain (Mahendra Singh Dhoni) and they also assembled a very experience squad (in the auction). Their fortunes will depend upon how fit and agile these experienced hands are, but other than that, I think they will do well, said Pathan.

This IPL will see two captains making their debut in form of Dinesh Karthik(KKR) and Ravichandran Ashwin(CSK). This season many players will be seen wearing different colours. Reflecting on this, Pathan said the squad changes in the season will make it more interesting.

“I think most of the teams have made big changes to their respective squads, for example Kings XI Punjab, they have completely overhauled their side. While few teams have retained the core of their squad and added new faces to complement their key players. It will be interesting to see if teams will aid from their respective strategies and also the performance of the franchisees will depend upon how these players gel, he said.

With U-19 Indian team lifting the World Cup, youngsters like Kamlesh Nagarkoti (KKR), Shivam Mavi (KKR), Shubman Gill (KKR), Prithvi Shaw (DD) and Anukul Roy (MI) have got a chance to showcase their skills. Pathan has expressed his excitement regarding the same.

I am really excited about the India Under-19 stars taking part in the league. It will be interesting to see if they will be able to take that leap from under-19 onto the big stage. In the past, not many youngsters have been able to make that transition but I really hope this lot does, he concluded.

CSK will lock horns against MI in the opening game of IPL 2018 in Mumbai. 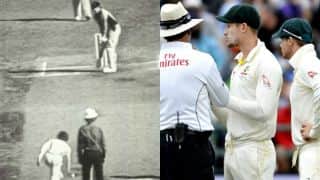 Trevor Chappell on Australia's ball-tampering scandal: It's a relief to drop 'most despised' title