Ishan Kishan has received immense support from his MI skipper Rohit Sharma, and at state cricket level, MS Dhoni has taken him under his wings.

Ishan Kishan was India’s Under-19 captain in 2016 and finished runners-up. While his U-19 teammate Rishabh Pant has made headlines with his belligerent approach, Kishan has not ruled headlines as often. However, things were destined to change on Wednesday night. The Mumbai Indians (MI) wicketkeeper-batsman smashed the joint fastest fifty for his franchise (17 ball) to slam a 21-ball 62, guiding his side to a much-needed win against Kolkata Knight Riders (KKR) at Eden Gardens, Kolkata.

Kishan has received immense support from his MI skipper Rohit Sharma, and at state cricket level, MS Dhoni has taken him under his wings. Kishan plays for Jharkhand, Dhoni’s state side. As a wicketkeeper-batsman, Kishan has benefitted from Dhoni’s presence.

Kishan spoke on Rohit and Dhoni’s influence in the play during the post-match press conference.

“It’s always good if a youngster gets to bat up in the order, and if your franchise and skipper backs you,” said Kishan. Speaking of Dhoni, Kishan added, “I think he helps me a lot. Whenever I meet him, I get a lot of tips from him. He is a legend. He tells me how I can take time and access the situation. I feel confident when they talk to me. Dhoni-bhaiya and Rohit-bhaiya back me. They say ‘you have played a very good knock’ and just back yourself.” 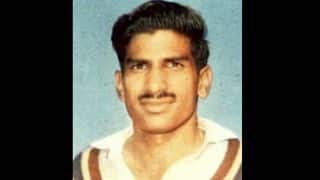