IPL 2018 will kick off on April 7 with Mumbai Indians taking on Chennai Super Kings at Wankhede Stadium, Mumbai.

Defending champions Mumbai Indians have begun their training for the upcoming season of the Indian Premier League and foreign players, including Kieron Pollard, are set to join them April 1 onwards. It is learnt that the Mumbai Indians are training at the newly-developed cricketing facility inside Reliance Corporate Park in Ghansoli in neighbouring Navi Mumbai from March 25 and the training would shift to the Wankhede Stadium in south Mumbai from March 31. Sources in the know, however, said West Indian all-rounder Pollard, Kiwi Mitchell McLenaghan, Australian pacer Pat Cummins and Bangladesh seamer Mustafizur Rahman will join the camp anytime between April 1 and 3.

It is also learnt that they would play two practise matches before the commencement of the League. Skipper Rohit Sharma yesterday said McLenaghan would be an “asset” for the team. The IPL will kick off on April 7 with Mumbai Indians taking on Chennai Super Kings at the Wankhede Stadium. 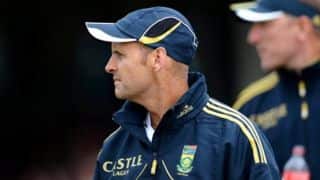