Barely a week before the Indian Premier League (IPL) begins, defending champions Mumbai Indians have shifted their training to the Wankhede Stadium from a facility in Navi Mumbai. Mumbai Indians play their first game against the Chennai Super Kings at the Wankhede on April 7. They had started practising from March 25 at the newly developed cricket facility inside the Reliance Corporate Park but Maharashtra Cricket Association now has handed over Wankhede to the team for the duration of the tournament. Meanwhile, Bangladesh pacer Mustifizur Rahim has arrived in the city and it has been learnt that most of the team’s foreign players would arrive by April 3.

Mumbai Indians have won the IPL thrice since its inception. 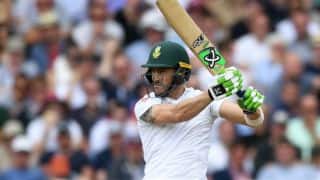