IPL 2018: Murali Vijay discloses he was approached by county teams after going unsold on Day 1 of players

Murali Vijay suddenly started getting calls to play in English county just like other Test specialists Cheteshwar Pujara and Ishant Sharma. However on the second day, he was back home.'

Chennai: When he went unsold on the first day of the IPL auctions, Murali Vijay suddenly started getting calls to play in English county just like other Test specialists Cheteshwar Pujara and Ishant Sharma. However on the second day, he was back ‘home’ with Chennai Super Kings (CSK) picking him late in the day and the opener recalled it with a hearty laugh.”A lot of people approached me especially after the first day of the IPL auctions when I went unsold (starts laughing),” Vijay fondly recalled during a promotional event today.

The question was asked in the context whether he would like to play county cricket before the England series.”As for the county stint, there are a lot of procedures involved and we have to wait. There is a lot of time before the England and Australia assignments. Being a professional, I am confident of making the necessary adjustments and put up a better show on those two tours,” he added. Vijay, who was part of the CSK before moving on to play for other teams including Delhi Daredevils (DD) and Kings XI Punjab (KXIP), said it was nice to be back at the Chennai franchise and ‘felt blessed.’

“It is a fantastic opportunity for me to be back with CSK. I feel blessed to be picked by CSK. One good thing about CSK is that every individual puts the team’s interests ahead of his own. It’s important in franchise cricket for the overseas players and local players to strike right rapport and pull in the same direction. We would want to carry that into this year as well and play with fun and flair,” Vijay said. Describing playing for CSK as a dream-come-true moment for him, he said was ready to play in the T20 format despite not having played top-flight limited overs cricket for a while.

“To perform well and put up a good show for CSK is always a pleasure and I think I am good enough to do that. I am ready to play in the T20 format and I can’t wait for the opening match against Mumbai Indians,” he added. As the discussions veered towards India’s performance in South Africa, Vijay felt that the Virat Kohli-led team did well but certainly there is room for improvement.”The team did a great job in South Africa. Unfortunately, we just fell short in the Test series. We thought the effort level was fantastic from the bowlers. It’s just that the batsmen let the team down. But we bounced back well to win the third Test. If it was a five-Test series, it could have been interesting from my perspective,” Vijay added.

To a question if he was prepared to play with a free mind after the Test series loss in South Africa and his problems in the Tamil Nadu state team set-up, Vijay insisted he has always played with one.”I always play with a free mind and I used the time away from game to work on my fitness. As a team, I am hoping that CSK will play with our usual brand and accomplish our goals. It’s going to be interesting time for us,” he added.

Asked how different it was playing for CSK and other teams, he said it was hard to compare adding he hadn’t experienced the bonding while turning out for other teams.”I take a lot of pride in representing a franchise from my state. It’s hard to compare CSK with other teams because as Bravo said we create a family-like atmosphere where all the foreign players and local players forge a close bond. I haven’t experienced this kind of bonding in other teams I have played for. I am confident that we will click as a unit,” Vijay added.

Meanwhile, the CSK CEO Kashi Viswanathan said it was up to the coach and captain to decide on the possible replacement for New Zealand all-rounder Mitchell Santner, who has been ruled out of the forthcoming IPL owing to injury.”Mitchell Santner was an important member in our earlier scheme of things. As of now, it is up to the team management and the coach to decide on who his replacement should be,” he said. 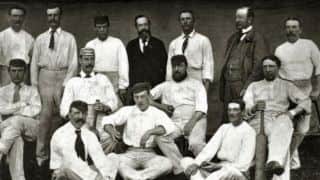 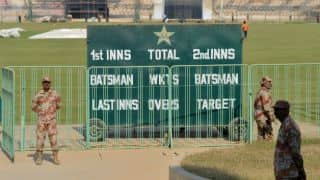