Police have recovered INR 11,500, a mobile phone and papers connected with gambling.

Dhanbad Police has arrested a bookie and claimed to have busted a syndicate engaged in gambling on matches of the ongoing Indian Premier League (IPL). Deputy Superintendent of Police (DSP), Law and Order, Mukesh Kumar told reporters that based on a tip-off about the bookie’s whereabouts at Dimond Crossing near Dhanbad railway station, a police team conducted a raid and nabbed him.

Police have recovered INR 11,500, a mobile phone and papers connected with gambling. A search operation is underway to track others involved in the racket, he said.

The 11th edition of IPL kick-started on April 7, 2018. Over the last week, there have been 8 matches played with Sunrisers Hyderabad (SRH) topping the points table. 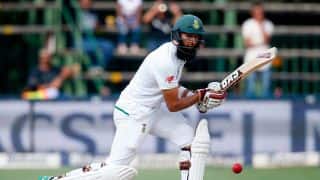