Prithvi Shaw rose to fame when he led the Under-19 Indian team to World Cup triumph in 2018.

Prithvi Shaw rose to fame when he led the Under-19 Indian team to World Cup triumph in 2018. He was already in the limelight when he smashed century on his Ranji Trophy and Duleep Trophy debut and equaled the record of Sachin Tendulkar. He was bagged by Delhi Daredevils for INR 1.2 crores in the IPL 2018 auction.

With players like Gautam Gambhir, Colin Munro and Jason Roy the chances of Shaw opening the batting are narrow. Ahead of IPL Shaw expressed his thoughts to Wisden India. Shaw said he is happy to be a part of the side and learn from Ricky Ponting and Gambhir.

It s a great opportunity

I just met Gambhir sir yesterday because he wasn t well. He was asking about the World Cup, how it went. Ricky sir has been working hard for me and for the team. In T20 cricket, you just need to be mentally prepared for situations. Ricky sir said T20 is very fast and you don t get much time. He said small things matter in T20s and he s just preparing us for those things that he has already achieved in his career.

Delhi will play their opening game against Kings XI Punjab on April 8, at the Punjab Cricket Association IS Bindra Stadium, Mohali. 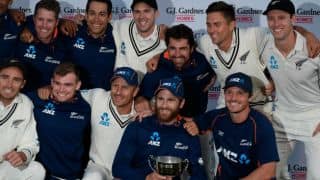