India s Under-19 World Cup winning captain, Prithvi Shaw registers his first Indian Premier League (IPL) fifty. Playing in his second IPL game for Delhi Daredevils (DD) against Kolkata Knight Riders (KKR), Shaw took 38 balls to bring up his half-century, which saw 6 fours and a six coming from his bat. He is now the joint-youngest to score an IPL fifty; Sanju Samson (2013) at 18y-169d.

The highlight of his innings was his six off Mitchell Johnson. It somewhat reminded fans of MS Dhoni s flick shot, that normally makes it past the boundary ropes. Shaw in his first IPL game scored 22 off 10 balls against Kings XI Punjab (KXIP).

Shaw rose to fame when he led the Under-19 Indian team to World Cup triumph in 2018. He was already in the limelight when he smashed century on his Ranji Trophy and Duleep Trophy debut and equaled the record of Sachin Tendulkar. He was bagged by Delhi Daredevils for INR 1.2 crores in the IPL 2018 auction. 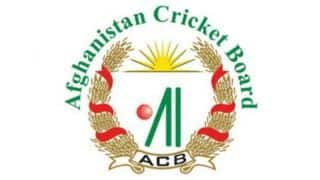