"It was a day when everything went right for Rashid Khan and credit to him."

Kolkata Knight Riders (KKR) captain Dinesh Karthik on Friday heaped praises on Sunrisers Hyderabad‘s (SRH) Rashid Khan, saying that the Afghani cricketer stepped up to the occasion. “He had a brilliant day, didn’t he? He batted really well, he fielded well; he had a run out. It was a day when everything went right for Rashid Khan and credit to him. In these kind of games, you want one individual to come and stand-up like that, to put the pressure on the opponent and credit to him. I think he did really well today,” Karthik said in the post-match conference here on Friday.

Karthik added that Khan is a quality bowler and up until now, the Kolkata Knight Riders had approached him well.

“Till now we have actually played him well, during the two times that he has bowled to us, we batted well against him. The whole context of Rashid Khan is the way we approach him, you know in a very positive way, which is good. Today, because he got a couple of wickets, he is a quality bowler, and on a day when he is bowling well and gets a couple of wickets, it is not surprising. But till now, I think to be fair to KKR, I think we have played him pretty decently,” he said.

An all-round performance from Rashid took the SRH home, against the KKR in the second Qualifier of the Indian Premier League (IPL) 2018, at the Eden Gardens. Chasing 175, KKR managed to score 161/9, falling short by 14 runs. Rashid Khan single-handedly ended SRH’s four-match losing streak, scoring 34 from 10 balls. He also picked up three wickets in his designated four overs.

Karthik, however, believes that the 2018 campaign was a strong one for KKR. “It has been a good campaign for us. We played as a team and there have been a lot of good memories made and that is what you play cricket for. You want to make a lot of memories and there are a lot of good ones during this tournament,” he said.

He also admitted that SRH was the better team on the day. “You got to give credit to Sunrisers as well. They have come, they have defended a target, they have beaten us today, twice in Eden Gardens. So you know, they have lost four in a row, for them to pick themselves up and come and do well today, you know hat’s off to them. Sometimes it is important to give credit to the opponents as well, when they do well,” Karthik concluded.

The final of the IPL 2018 will be played on May 27 at the Wankhede Stadium in Mumbai, between the Chennai Super Kings (CSK) and the Sunrisers Hyderabad. 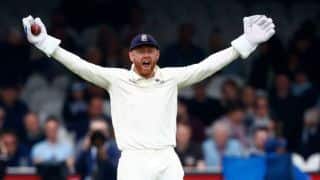