The cash-rich Indian Premier League 2018 edition is all set to start from April 7 with MI taking on CSK at Mumbai.

The cash-rich Indian Premier League 2018 edition is all set to start from April 7 with Mumbai Indians taking on Chennai Super Kings at Wankhade stadium, Mumbai. Prior to the opening match comes the glamorous opening ceremony where film star entertainers rock the cricket field and this year there shall be no difference.

Ranveer Singh, Varun Dhawan, Jacqueline Fernandez and Parineeti Chopra will entertain the crowd with their performances in the opening ceremony before the match. Talking to CricketNext, a senior BCCI official said the main goal of opening ceremony is to win the hearts of young generation and reach out to every fan through television.

Ranveer, Varun, Jacqueline, Parineeti and Tamanna are some of the Bollywood stars who will set the stage on fire at the opening. Apart from that, you will also have the likes of Mika and Prabhudeva to entertain the fans. The idea is to not just give those at the ground a good time, but to also give those watching on television a show they will remember in the days to come.”

“It is always about starting well and the job is half done. The idea of having different opening ceremonies at different venues did not go down too well with the audience last time round, so this is the plan this time, the official said. 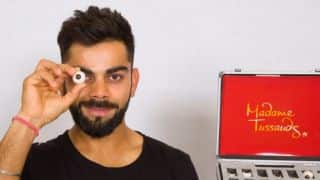