Ravichandran Ashwin is the only bowling skipper in 2018 IPL.

Everyone has witnessed Ravichandran Ashwin winning matches for Chennai much before he established himself as a Test cricketer. He was later bought by RPS (defunct team) in 2016 IPL. He had subdued season and did not play the 2017 IPL due to injury.

During this period, Ashwin has also been constantly dropped from the Indian limited-overs squad. Ashwin, who was expected to be part of Chennai, was surprisingly picked by KXIP in the 2018 auctions along with Yuvraj Singh, Chris Gayle and likes.

When KXIP formed their unit, there was no definite skipper and wicketkeeper in place. The frontrunners for captaincy job were Yuvraj and David Miller, who have captained KXIP previously.

But KXIP opted for Ashwin, the only bowling skipper in 2018 IPL. Ashwin was successful by winning the first 2018 IPL game against DD with much ease. However, he will face a litmus test when KXIP play against RCB on Friday.

Nevertheless, before the RCB game, Ashwin has received backing from his KXIP teammate for his calculative leadership skills. Miller in a conversation with the Hindustan Times said, From what I have gathered, he is very calculated. He thinks about the game very well. Every decision he makes, there is a reason why he does that. So far it is pretty relaxed; he is pretty low key, letting guys do what they need to do. That is the most important thing. So far it has been good, and we have an exciting five weeks ahead. He knows a lot about the game and thinks a lot about the game.

Miller had a forgettable captaincy record with KXIP. As for Ashwin, Miller believes the new captain could face challenges as the tournament progresses: It has only been one game. I don t know if it makes so much of a difference if it is a fast bowler or a spin bowler, but so far he has been pretty good. T20 is obviously quick and fast. The longer format is a lot more (demanding), the longer spells that you bowl, the more you get tired. 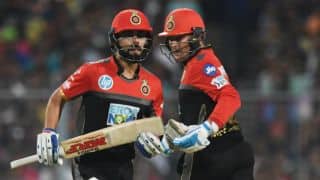 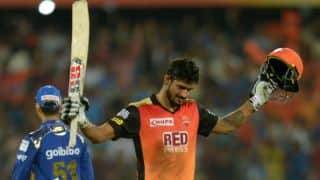