Manjot Kalra starred in the U-19 World Cup final against Australia when he smashed unbeaten 101* guiding India to a eight wicket victory.

Manjot Kalra starred in the Under-19 World Cup final against Australia when he smashed unbeaten 101* guiding India to a eight-wicket victory. His consistent form in the tournament had already attracted the eyeballs of many Indian Premier League (IPL) franchise owners and selectors.

With the cash-rich IPL around the corner Kalra admitted of not being nervous but grabbing the opportunity to learn for big players. I am not nervous about the upcoming tournament. It is up to team s management whether I get a chance to play or not but I see it as an opportunity to learn every day from such big players, Kalra told to Indian Express.

Delhi Daredevils is one of the strongest and balanced side on papers with the likes of Colin Munro, Gautam Gambhir, Prithvi Shaw, Jason Roy, Rishabh Pant and more. However, Kalra has promised of giving his 100% if given a chance. If I get a chance to perform, at whatever position, in whatever role the team management decides, I will give my 100 per cent to the team, he said.

Gambhir is all set to make his comeback for DD after serving seven years of captaincy to KKR. He has led the KKR team to two IPL titles. Kalra later added he is excited to play under Gambhir and talked about the balance of the team. Gautam Gambhir is someone who gives more than 100 per cent of his efforts. He was so good for KKR, he handled the team brilliantly. It s a great opportunity for me to play under his captaincy, he added.

We have a well-balanced team this season. We have a number of great bowling options, and we also have a few allrounders such as Chris Morris, who has been brilliant in IPL so far. So, we are expecting a great season for the Delhi Daredevils ahead, he concluded. 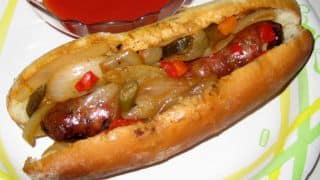