Ricky Ponting had successfully coached Mumbai Indians (MI) for two editions until 2015. He may return to IPL once again, this time as coach of Delhi Daredevils (DD). As per sources, he is also being considered for the role by Rajasthan Royals (RR). On roping in Ponting, a close source told The Times of India (TOI): Ponting is most likely to be signed up by the Daredevils as their next coach. However, apart from the Daredevils, he is also being wooed by the Rajasthan Royals (who will return to IPL after a two-year ban due to the spot-fixing scandal).

Meanwhile, TA Sekhar, who quit as Director of DD, may return to the MI camp. Robin Singh and Paras Mhambrey, members of the MI staff, have parted ways with MI. Robin is likely to launch his own cricket academy in Dubai soon while Mhambrey has joined NCA as bowling coach.

Sekhar s return to MI is merely a speculation at this stage. He is also in talks with Sunrisers Hyderabad (SRH). Sekhar was associated with MI during the early years before joining DD. As for Sekhar joining DD, CEO Hemant Dua told TOI, We’re in talks with several people. A close source from DD mentioned a formal announcement for the same will be made soon. 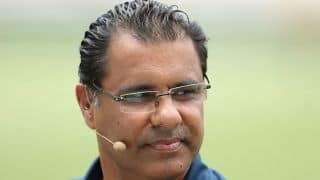