While Pant had a good Mushtaq Ali T20 and Vijay Hazare Trophy for Delhi, Pant started the season on indifferent note during the Ranji Trophy.

Rishabh Pant may have had modest returns from the Nidahas T20 Tri-series in Sri Lanka but his real gain has been an interaction with Indian team’s head coach Ravi Shastri, who gave him tips to work on specific skill sets ahead of the 11th edition of Indian Premier League.

Pant had scores of 23 and 7 in the two T20 matches in Sri Lanka before being dropped and with Dinesh Karthik‘s unforgettable 8-ball-29 in the final against Bangladesh, the young man from Rourkee has certainly slipped in the pecking order.

“I am working on certain skills and also fitness with my coach Tarak Sinha (Sonnet coach). While returning from Sri Lanka, I had an interaction with Ravi Shastri. He told me to work on certain skills and I am trying to implement it in my game,” Pant told reporters on the sidelines of Delhi Daredevils’ training session.

Asked about the specifics of his interaction with Shastri, Pant replied:”It’s between the coach and his player. I can’t disclose that. It was a good interaction. The atmosphere in the Indian dressing room is fantastic. I learnt a lot. Failures often teach you a lot and I believe I will comeback harder,” the 21-year-old said.

He has played under Rahul Dravid (for U-19, India A and Delhi Daredevils), whose main focus with junior teams has been the “process” and now he will be under Australian legend Ricky Ponting‘s tutelage.

“Ricky sir gives you a lot of positive vibes. He is someone who always wants to win and same with our skipper Gautam Gambhir. I am expecting that things will change this season,” said the glovesman.

However whether the coach is Dravid or Ponting, the execution of plan depends on the player.

“The coaches can work on your mindset but it is the player, who has to give his hundred percent and execute it on the field.”

While he had a good Mushtaq Ali T20 and Vijay Hazare Trophy for Delhi, Pant started the season on indifferent note during the Ranji Trophy, where he couldn’t repeat the 900 plus runs season like 2016-17.

“I was in a good frame of mind but these things happen. You get a good ball, sometimes get out down the leg-side. It’s part and parcel of the game but you need to keep working hard.”

He doesn’t feel the pressure now that Karthik has made the second wicketkeeper’s slot his own.

“I don’t think there will be desperation to perform for this reason. And about pressure, it’s always there irrespective of whether it is Ranji Trophy, IPL or India.” 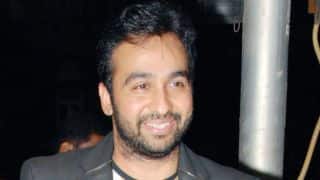