But Virat Kohli could not be kept off from the sport. It was always at the back of his mind.

Bats has been Virat Kohli’s best friend for years. It’s with the piece of wood he spends most of his day. However, every relationship needs its space and it was no different for Kohli either. The Indian skipper did not even lift his bat for three weeks after returning from South Africa. It is only 10 days before the IPL 2018, Kohli hit the Royal Challenger Bangalore (RCB) nets and is now raring to go.

I required it. Physically I was having a few niggles. I pretty much went to the tour of South Africa with full intensity. Towards the end, the body obviously took a bit of beating. I understood that I needed complete time off from the game. Three weeks without even looking at my kit bag or bats was a weird feeling, the RCB skipper was quoted as saying by The Times of India.

But Kohli could not be kept off from the sport. It was always at the back of his mind. He followed India’s progress in the Nidahas Trophy 2018 that the side eventually managed to win.

At the back of your mind, you are never out of the game. I was keeping a check on all the scores from around the world, especially with India playing as well. That kept me involved in some way. Physically, I wanted to take a complete break. I m feeling strong and I ve been training non-stop for the last 12 days. I feel I m getting close to peak condition. I m definitely at 100 percent now; 110 is what I prefer and that 10 will take a little more time, he added.

RCB have finished runners-up thrice in 2009, 2011 and 2016. Kohli has been a part of the franchise since the tournament’s inception. RCB have managed to assemble a very balanced side and Kohli, a man who hates to lose, is confident of his team’s show.

We are optimistic about the season,” he said. “It s a very balanced side. In the 10 years that I ve been here, I don t think we ve ever had such a balance. We had balance initially but everyone firing together is also a massive factor. This year, we are not relying only on batting; we ve got bowling options too. That gives us plenty of positivity heading into the IPL. We know that if we execute our plans well enough, we have cricketers who are experienced and know how to get the job done in the middle. We have faith in all the boys that are in the squad. We understand they have the intelligence level to execute the skills at the required time.

RCB will face Kolkata Knight Riders (KKR) at Eden Gardens, Kolkata on Sunday. The last time the sides squared off at the venue, KKR had bowled out RCB for tournament’s record low 49. 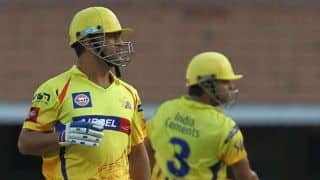 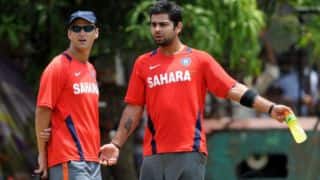