IPL 2018: SRH's Deepak Hooda unperturbed by the ups and downs of his career

IPL 2018: SRH's Deepak Hooda unperturbed by the ups and downs of his career

Deepak Hooda created a strong statement when he scored an unbeaten 25-ball 32 against Mumbai Indians (MI) in his first game of VIVO IPL 2018. Since, the graph has gone down with scores of 5*, 5, 1. Hooda was the leading run-scorer for Baroda in Syed Mushtaq Ali 2018. He amassed 226 runs at 32.28 and a strike-rate of 150.66. That performance earned him a call-up in the Indian team for the Nidahas Trophy where he did not play a game.

However, Hooda could not contain the momentum in the previous games of Sunrisers Hyderabad (SRH). Yet, Hooda has taken the ups and downs in a good stride. He considers them as as opportunity to improve his game: “It is part and parcel of our game. For me, the more ups and downs I face it is better for me. I have played four different roles in four different matches. I am thinking that I am a floater. I am ready for any challenge,” as quoted on Hindustan Times.

SRH’s next test is against Rajasthan Royals (RR) on Sunday at Sawai Mansingh Stadium. They are entering the contest after defending low scores like 132 and 118. SRH’s bowlers have come good despite the absence of their key bowler Bhuvneshwar Kumar.

Hooda added, immense self-belief has led SRH to success: “We were bowling very well in the last year and the year before that (2016 title). In the last couple of seasons, the bowling line-up has been the same. The core bowling group is intact and that has given the team immense self-belief. All 11 players have the confidence.” 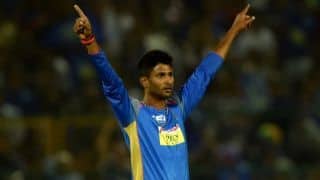