Raina is the leading run-scorer in IPL history with 4,558 runs to his name.

Trying to make an ODI comeback in the India setup, Suresh Raina came in all fired up for the Indian Premier League (IPL) 2018. Sadly, Raina finds himself injured after playing just two matches for Chennai Super Kings (CSK) this season. Raina is missing today s match against Kings XI Punjab (KXIP), and is likely to miss the next one as well. From 2 IPL games this season, Raina has just 18 runs.

Suresh Raina might not play CSK’s next match due to injury. This will bring an end to his record 158 consecutive appearances for Chennai Super Kings in Twenty20 cricket. #IPL2018

Raina also has played most number of IPL matches (161). He has represented CSK and Gujarat Lions. 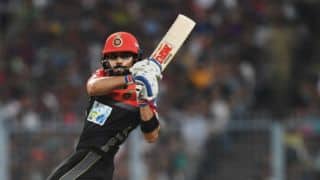