IPL organisers could find themselves on a slithery wicket with a Tamil outfit Wednesday threatening to let loose snakes into the Chepauk stadium here to protest over the Cauvery issue if another match of the cricket league is held at the venue. The snakes will not be poisonous as the intention is not to harm anybody, but to only express angst over the delay in formation of the Cauvery Management Board (CMB), Tamizhaga Vazhvurimai Katchi (TVK) chief T Velmurugan said.

“If the IPL match is held on April 20 in Chennai as per schedule, I will hold the snake protest. I will let snakes into the stadium. There is no change in it,” he said.

The TVK chief, who has held protests on several pro-Tamil issues, said, “These snakes which we intend to let into the stadium will have absolutely no poison.”

“Our idea is not to harm anybody, be it players, spectators or the police personnel on duty. We want to scare people away, let there be no cricket match now,” he told PTI. He said when the entire state of Tamil Nadu was on an agitation mode for its rights on the Cauvery issue, an IPL fixture, which was an entertainment event, was not needed.

Seven matches, including the one held on Tuesday, were scheduled to be played in Chennai. IPL orgnaisers have sought additional security in the wake of the protest by various Tamil outfits, who have demanded that the matches be shifted. 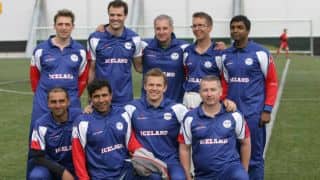 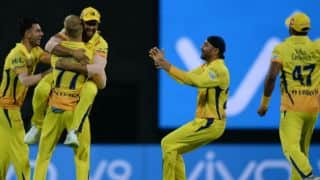