Fans at Mohali were treated to a superb match between Kings XI Punjab (KXIP) and Chennai Super Kings (CSK) in Indian Premier League (IPL) 2018 that went down to the wire. Sadly, for CSK fans, MS Dhoni s heroics could not take his side home as Punjab won the match by 4 runs. It was the Chris Gayle s blitz on top of the order for Punjab that enabled his side to a brisk start.

Playing his first match for the Punjab franchise, Gayle went on to score a 22-ball 50. After being awarded his 19th IPL Man of the Match; 54th in T20 cricket, Gayle claimed that he is back. He said: I am feeling like 25, the Universe Boss is back.

Talking about his knock, Gayle said: That’s Chris Gayle for you – hitting just fours and sixes and not worrying about ones and twos. Rahul took pressure off me at times as well. KXIP play their last home game at Mohali against Sunrisers Hyderabad on April 19. 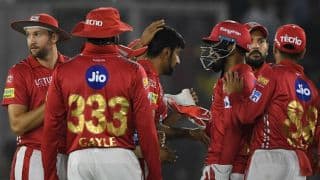 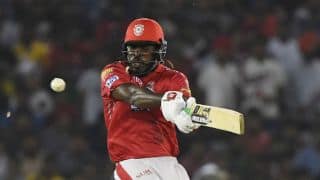