This is the second instance, in a row, for D'Arcy Short to fall short of the crease in IPL 2018.

Rajasthan Royals got Australia’s young opener, D’Arcy Short, for INR 4 crores in IPL 2018 auction. He was in staggering form in Big Bash League 2017-18, and bore effective results due to it. However, the much-bigger stage of IPL 2018 has proved to be too much for Short. The left-hander has, so far, been dismissed in VIVO IPL 2018 by virtue of successive run-outs. In the ongoing clash between Delhi Daredevils and Royals, Short was send off by a one-handed direct-hit from all-rounder Vijay Shankar in the second over of the innings.

It was a drifter into middle and leg stump from Nadeem. Short worked it towards deep mid-wicket and took the first run with ease. He was a bit slow to judge the second run, and his skipper, Rahane, was already off from his end. By the time Short responded and ran towards the strikers’ end, Shankar’s alertness cost him dear. A direct hit at the keeper’s end caught the southpaw well ‘short’of his crease.

In Short’s debut match, also Rajasthan’s tournament-opener, versus Sunrisers Hyderabad, the left-hander was run out for 4 (4) courtesy Kane Williamson’s brilliance. 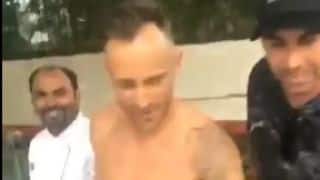 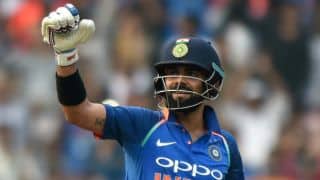