Virat Kohli reached the mark when he crossed 33.

Virat Kohli became the highest run-getter in IPL history during the Match 14 of VIVO IPL 2018 between Royal Challengers Bangalore (RCB) and Mumbai Indians (MI) at Wankhede Stadium, Mumbai. Kohli reached the mark when he got to 33 with a slap to long-off. The record was held by Suresh Raina, who has 4,558 runs at 33.76 from 163 matches. Kohli now has 4,559 runs from 152 matches at almost 38. Kohli’s strike rate reads 130 in contrast to Raina’s 139. Kohli was already the one who has faced most balls in the tournament history. Kohli has 4 centuries to his name, the most by any player in IPL. He scored all of them in 2016, when he amassed a record 973 runs.

The Kohli-led RCB that finished last in 2017 and lost their first match this season, against Kolkata Knight Riders (KKR). They beat Kings XI Punjab (KXIP) at home before suffering another defeat in the hands of Rajasthan Royals (RR). 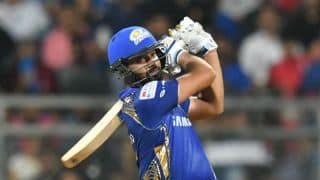 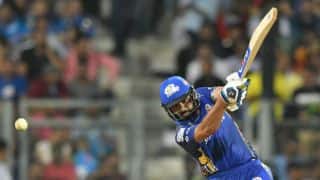