Dhoni who stood down for Kohli as India skipper in all formats last year smashed an unbeaten 70 off 34 as the Super Kings chased down 206 to defeat the Royal Challengers Bangalore with two balls to spare.

Dhoni hit the ball over the boundary seven times including to seal the winning runs while opener Ambati Rayudu slammed eight sixes on Wednesday.

Kohli was also docked his match fee of US $18,000 because of the Challengers’ slow over-rate at Bangalore’s M. Chinnaswamy Stadium.

“The way we bowled was just not acceptable, giving that many runs in the end was criminal,” said Kohli.

“Dhoni is looking in really good touch, he’s hitting the ball really well this IPL but not great to see it against us,” Kohli added.

Dhoni, 36, displayed his signature cool at the crease in a 101-run, fifth-wicket partnership with Rayudu, who hit 82.

Some have suggested the wicketkeeper-batsman is past his prime but Dhoni’s 209 runs in six games, including two half-centuries, have been critical to putting two-time champions Chennai top of the IPL.

“What’s important in a chase is to know which bowler has how many (overs) left and who the captain will bowl when, and you play accordingly,” said Dhoni.

“You will win some, you’ll lose some but the job of the finisher is to finish the job and help others.”

This year’s IPL is offering US $8 million in prize money, including US $4 million for the team crowned champions at the May 27 final in Mumbai. 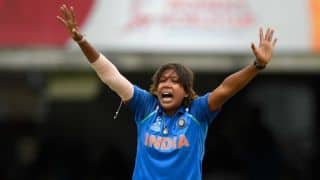 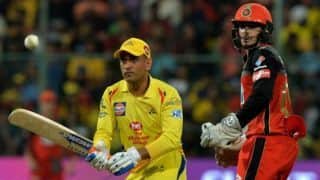