Virat Kohli and de Villiers stitched a partnership of 63 runs for the fourth wicket.

Royal Challengers Bangalore‘s (RCB) defeated Delhi Daredevils (DD) by 6 wickets in the match 19 of Vivo IPL 2018. AB de Villiers smashed 90 not out in a mere 39 balls in pursuit of 175, and stitched a 63-run partnership with Virat Kohli for the fourth wicket. In the process Kohli regained his Orange Cap and de Villiers entered the list of top five run-scorers. Kohli accepted the Orange Cap, stressing on the importance of his 30 today: “I think the 30 runs tonight is much better than the 90 I got in the last game. Two points are very crucial for us at this stage. We really thought about how to go about it, and we still have a few areas. The guy in our team gives us plenty of reasons to smile.”

Talking on De Villiers knock, Kohli hailed him as the best player in the world. He also praised Trent Boult’s astonishing catch at deep square-leg to dismiss him. “It’s one of those things you see regularly in the IPL. It’s good for the fans as well and when you look back you don’t really feel bad getting out to a catch like that, full credit to Trent. ”

Kohli thanked the Chinnaswamy crowd for their support and promised for more victories in the future: “The crowd has always supported us in huge numbers; if the team believes, the crowd believes in us as well. We need the energy of the crowd and the players and we’ll keep doing it for them, giving it our everything and keep pushing forward for them.” 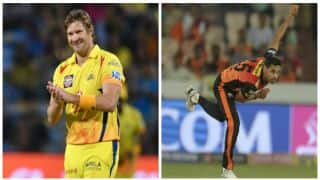