Virender Sehwag has been associated with KXIP since past 5 years.

The spat between Kings XI Punjab (KXIP) co-owner and Sanjay Bangar had hit the headlines in 2016. Come 2018, and Zinta has engaged in a verbal spat with KXIP Director of Cricket, Virender Sehwag. This came after KXIP s defeat against Rajasthan Royals (RR) on Tuesday. Zinta blamed Sehwag for KXIP s poor planning while chasing 158. If a report in Mumbai Mirror is to be believed, Sehwag is likely to end his five-year association with the franchise.

A source was quoted saying: “Against Rajasthan Royals, skipper Ravichandran Ashwin was sent in at number three, ahead of more accomplished batsmen such as Karun Nair and Manoj Tiwari. The move backfired as Ashwin fell for a duck, and Preity launched into Sehwag for the decision … However, when Preity continued to blame him, saying unnecessary tinkering with the playing XI had led to a spate of defeats, Sehwag tried to reason with her.”

This was not the first time that Sehwag has spoken about Zinta s interference in the teams daily working. “Viru had told the other owners to rein in Preity. He told the owners that he ll not comment on Preity s acting chops and she should refrain from talking about his cricketing acumen,” a source inside the franchise claimed.

However, KXIP co-owner Mohit Burman denied such claims. He said: But as far as I know, there is no problem. I have spoken to Viru and Preity.

KXIP are currently placed third in the IPL 2018 points table and look likely to qualify for playoffs. 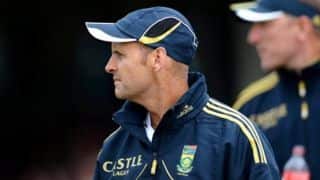 Gary Kirsten to train 6 young Delhi cricketers in his academy 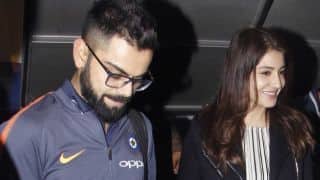