In the current season Bumrah has picked 16 wickets in 13 matches with a brilliant economy of 6.86

Mumbai Indians (MI) have kept themselves alive in the Vivo IPL 2018 after defeating Kings XI Punjab (KXIP) in their last encounter at Wankhede Stadium. MI won by 3 runs in a last-over thriller defending 186 as Jasprit Bumrah bowled a match-winning spell of 4-0-15-3. Bumrah has been a regular member of MI and was retained by them during the auctions. He has won them many matches, and plays a vital part at the death with ball. He had the additional responsibility this year in the absence of Lasith Malinga. However, he has handled the responsibility well so far. In a video posted by the MI official Twitter handle, Bumrah talked about his first experience playing at Wankhede Stadium.

Did you know that @Jaspritbumrah93 played his first match at the Wankhede Stadium only in his second season at MI!

In the current season Bumrah has picked 16 wickets in 13 matches with a brilliant economy of 6.86. He is also second in the list of most dot balls with 125, 1 fewer than Umesh Yadav‘s tally. 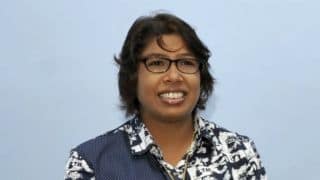 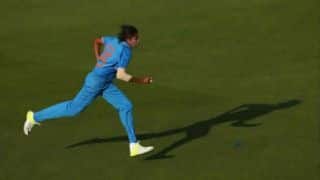