Andre Russell started with a booming cover drive off Shane Watson for four, and that was the only four of his innings.

Andre Russell slammed a 36-ball 88 not out to guide Kolkata Knight Riders (KKR) to 202 for 6 against Chennai Super Kings (CSK) at Chepauk in the Match 5 of VIVO IPL 2018. His efforts, however, was not enough to seal the win for KKR as they could not defend the big score. KKR were reduced to 89 for 5 in the 10th over when Russell walked in. From thereon, it was his show.

He started with a booming cover drive off Shane Watson for four, and that was the only four of his innings. What followed was brutal carnage. He slammed 11 sixes and was particularly severe on fellow West Indian Dwayne Bravo, a death-over specialist, who was clobbered for six sixes by Russell. Had Tom Curran not played three balls of the final over, Russell could have slammed a century. Russell’s batting was all about power.

Russell was easily clearing the stadium. His 105-metre six is the biggest of IPL 2018. During the presentation ceremony, MS Dhoni said, ” Somehow still feel that KKR scored more than us because with all those sixes. IPL should add two more runs for sixes hit out of the ground.”

Russell was one of the two players retained by KKR, the other being Sunil Narine. KKR have two points from two matches. They host Sunrisers Hyderabad (SRH) at Eden Gardens on Saturday, April 14. 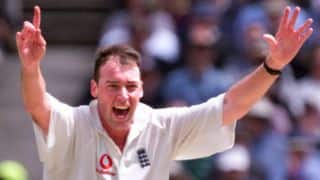 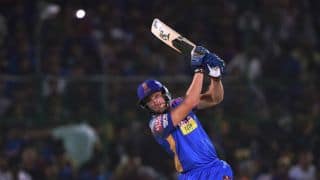