Kings XI Punjab captain Ravichandran Ashwin has praised Mumbai Indians’ stand-in skipper Kieron Pollard for playing a blinder that took the game away from them at the Wankhede in an IPL match on Wednesday night.

Speaking after the game, while Ashwin applauded Pollard, he also added that there were quite a few positives for his team as well with KL Rahul hitting a brilliant century and Chris Gayle showing good form.

“At the end of the day Pollard batted beautifully and took the game away from us. Quite a lot of positives. We showed a lot of composure with the bat. Rahul batted through and closed out the innings. We could have been a little steelier and smarter with our plans. He (Gayle) said he twisted his back. We have to go check and how he is,” he said.

Asked if the bowling left a little to be desired, Ashwin said: “He (Ankit Rajpoot) injured his finger in the first over. It was a big bonus that we got three overs from him in the powerplay.

“We were a bit up and down with our fielding and catching. Probably if we would have been sharper, we would have ended up on the right side. I think it was a defendable total. It was just about par.

“It is a hard defending ground. We were about 10s for 10-12 overs and then we lost a little momentum while batting which I feel was crucial for us,” he said.

While praising Mohammed Shami for putting up a brilliant show with the ball, the captain defended Sam Curran and said that there were days when things do not go as planned and there was nothing to worry.

“I thought we were pretty good as a bowling unit in bits and pieces. Shami was really good and we were good in the middle overs. Somehow we could not close the game out.

“Sam was under the pump. It can happen when there is a lot of dew. It is one of a kind experience for him in the IPL. He will get better and get richer with experience. Sometimes with the dew you can miss the yorker like it happened to Sam,” he said. 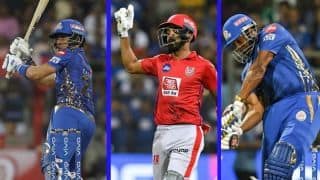 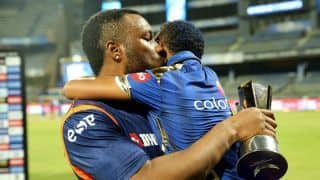