IPL 2019: Trying to get MS Dhoni have rest is difficult, he is keen to play all the CSK games: Michael Hussey

IPL 2019: Trying to get MS Dhoni have rest is difficult, he is keen to play all the CSK games: Michael Hus

Dhoni missed last week's defeat against Sunrisers Hyderabad due to a back spasm and the 37-year-old is not ready to risk a serious injury that could jeopardise his participation in the ICC World Cup.

Chennai Super Kings (CSK)  batting coach Michael Hussey Thursday said skipper Mahendra Singh Dhoni was keen to play all the games for the team and it was “very difficult” to get him to have rest.

The question over Dhoni taking a break from his Indian Premier League (IPL) duties crept up after he himself said that if his niggling back problem worsens he won’t hesitate to take some time off, especially with his last World Cup around the corner.

“Well you would have to ask Dhoni that question. I think what I know about him is that he doesn’t want to miss any matches. He loves playing for CSK, this place is very close to his heart and he wants to play and do well and wants to see the team have success.

“So trying to get him to have rest is very difficult,” Hussey told reporters here ahead of Friday’s IPL match against Mumbai Indians.

“I don’t know what he (Dhoni) wants to do in that respect, but we will have to wait and see. I think he is keen to play all the games,” he said about the CSK captain. (ALSO READ: IPL 2019, CSK vs MI: Rohit Sharma and Co. seek return to winning ways after mini-break)

Dhoni missed last week’s defeat against Sunrisers Hyderabad due to a back spasm and the 37-year-old is not ready to risk a serious injury that could jeopardise his participation in the ICC World Cup 2019 starting in England and Wales on May 30. (ALSO READ: Back spasm does not stop MS Dhoni from having fun with SRH players post CSK defeat)

Asked Hussey if he was concerned about the team’s batting despite Shane Watson’s return to form with a swashbuckling 96 against Sunrisers on Tuesday, he replied in the negative.

“I am not concerned. It was great to see Watson’s innings the other day, it has been coming. We have been watching these guys closely in the nets and Watson in particular has been hitting the ball well. We knew there was a big score coming and let us hope he can have that consistency in the back end of the tournament,” he said.

“I was really proud of the way MS (Dhoni) and (Stephen) Fleming showed faith in him (Watson), kept believing in the way he can play and he can win matches for CSK. They stuck with him and that was well rewarded. (ALSO READ: If I reveal CSK’s success mantra, won’t get any buyers at auctions: MS Dhoni)

“I think probably before that, we had probably been relying a lot more on MS. He has been very consistent with the bat for us this season. We would like to have a team where contributions can come from everywhere in the order.”

The CSK batting coach also backed Kedar Jadhav, who has been patchy throughout the tournament.

“I don’t think there are any injury concerns. Much like with Watson, we rate Kedar Jadhav very highly. It is a difficult position to bat down the order. Quite often you come in high pressure situations and you don’t have many balls to bat. We like to show faith in our players. I think it is important to keep backing all the players,” Hussey said.

Asked about the challenge in store for CSK bowlers against Mumbai Indians (MI) powerful batting unit, Hussey said it was important to prepare well and more importantly execute well.

“First of all Mumbai have got great depth in their batting. They are very good team, one we respect very highly and particularly dangerous as you get to the back end as well. Guys like (Kieron) Pollard and Hardik Pandya, they are good hitters of the cricket ball,” he said.

“It has been a bit of strength of the bowlers of late as they have put a lot of work into bowling at the death. It is going to be a good challenge. It is important to prepare well, plan well and mostly importantly execute well.”

Mumbai Indians’ Beuran Hendricks, who has been picked in place of injured Alzarri Joseph, said he saw the IPL as a very good opportunity for him and hoped to learn by being around with people like Zaheer Khan, Shane Bond and others. 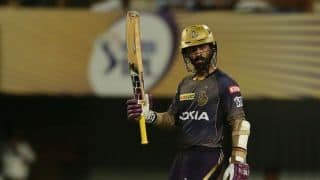 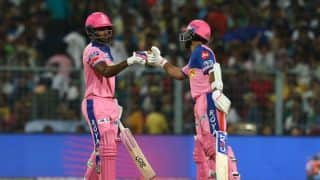