Reflecting on his performance in this IPL edition so far, opener Shaw said what matters for him is not his individual performance but the results.

With 14 points from 11 games, Delhi Capitals (DC) are sitting pretty at the second place in the points table in the 12th edition of the Indian Premier League and the best part about the team’s journey is how it hasn’t banked on individual performances. If Rishabh Pant has shone with the bat in one game, pace spearhead Kagiso Rabada has fired the team to victory in another. Not to forget some of the quality knocks from the likes of Shikhar Dhawan and Prithvi Shaw.

Speaking during a promotional event in the capital, veteran legspinner Amit Mishra said that the collective effort of the boys is the reason behind the team’s success this season. “It’s been a collective effort of the team. No doubt they (Ricky Ponting and Sourav Ganguly) have had an effect on our performance. They keep sharing their valuable inputs with the team and are always helping the youngsters.

“We are not dependent on any particular individual. Everyone is performing in one match or the other and is contributing towards the success of the team,” he added.

Reflecting on his performance in this IPL edition so far, opener Shaw said what matters for him is not his individual performance but the results. Besides a brilliant 99 against Kolkata Knight Riders, Shaw has not played many big knocks. “Each player wants to perform in every match he plays. Sometimes it happens, sometimes it doesn’t. If I am not able to perform in a given match, I leave that behind. I am not a person who will think about the past. I go match by match. And even though I am not scoring 50s and 100s, I am happy that I am performing my role which is to give a good start to the team and score as many runs and possible in the Powerplay overs.”

Delhi Capitals had a convincing win against Kings XI Punjab in their last game on April 22. They will next face Royal Challengers Bangalore (RCB) on Sunday. When asked if this break of five days between the games will affect their momentum, Rabada, who is currently the Purple Cap holder, said: “Currently, there is a lot of positivity in the team. We are focusing on positives rather than looking for our mistakes and weaknesses. So, we are taking this break as time to relax and focus on our strengths and thus it is a welcome one.” 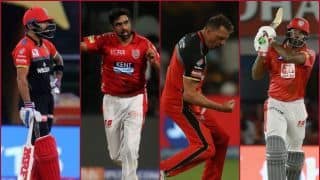 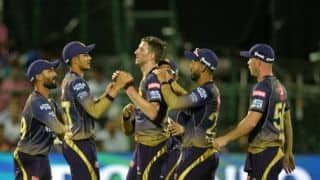