It will be an interesting battle between Delhi s famed batting line-up and Chennai bowlers. PHOTO BCCI

For Delhi, it was a rollicking start as they performed with both bat and ball at the Wankhede on Sunday. While the top order showed tremendous grit and determination with Shikhar Dhawan and Colin Ingram sticking it early on, Rishabh Pant showed what he s capable of tonking seven sixes in his whirlwind 78* that came in just 28 deliveries.

It will be an interesting battle between Delhi s famed batting line-up and Chennai bowlers. While the Chepauk was a haven for spinner, the Kotla is expected to be batting-friendly which will mean that Dhoni will have to choose if he wants to go in with the extra spinner or whether he wants to beef up the batting order.

With both teams beginning with wins under the belt, which one will gain the early momentum at the Kotla? An exciting contest awaits!

You can also follow LIVE coverage of the match on CricketCountry.com (Delhi vs Chennai: SCORECARD) 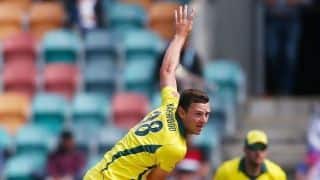