Mumbai handed debut to unheralded 17-year-old pacer from Jammu and Kashmir, Rasikh Salam Dar, in their opening match of the Indian T20 League 2019 against Delhi at the Wankhede Stadium Mumbai on Sunday. (FOLLOW: Mumbai Indians Vs Delhi Capitals Cricket Score)

Dar was spotted by Mumbai s talent scout during their Indian T20 League this year and impressed the Mumbai team management and was signed for INR 20 Lakh (Base Price) in the Indian T20 League auction in 2018. (BLOG: Mumbai Indians Vs Delhi )

The youngster hails from Kulgam district in J & K and came in to limelight taking a hat-trick in practice match in Jammu, paving way for selection to the state’s junior side.

He has played five T20s for J&K claiming four wickets at 42.25 and two List A games, returning with three wickets. His two Ranji Trophy appearances have yielded seven wickets. He had made his List A debut in 2018, while his T20 and First Class debuts came this year.

Dar is the latest in the long list of unheralded players tried out by Mumbai, starting from a young Jasprit Bumrah to Mayank Markande last season.

Dar is a skiddy customer with one of his strengths being the inward movement he gets to the right-handers.

Salam credited the role of Irfan Pathan, captain of the Jammu and Kashmir state side, and Parvez Rasool, the only player from the state to play for India, upon his selection in the Indian T20 League. “I’ve been very lucky to be nursed by a star player like Irfan, who represented India at the highest level.” Rasikh told ESPN Cricinfo. “It has to be quite an achievement to be remembered for a lifetime. Also, the support of Parry bhai [Rasool] in itself has been immense. I had worked hard to go up the ladder and I have a long road ahead,” he added. 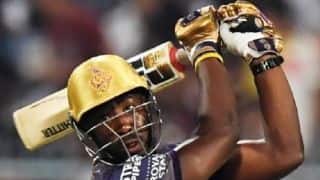 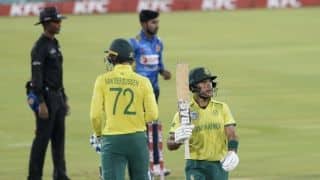