Sudhesan Midhun is a 24-year-old leg break bowler from Kerala who was picked up by Rajasthan during the auction ahead of the IPL 2018.

When Ajinkya Rahane stated at the toss that ‘Midhun’ will be replacing Varun Aaron in the Rajasthan Royals‘ line-up for their match against Kolkata Knight Riders in Match 21 of the IPL 2019 at the Sawai Man Singh Stadium, Jaipur on Sunday, it was natural for everybody to go ‘Midhun who’? (READ: Match Highlights)

Sudhesan Midhun is a 24-year-old leg break bowler from Kerala and was picked up by Rajasthan franchise in the 2018 player auction in the January ahead of IPL 2018, but failed to get a game that season. He was picked up for his base price of INR 20 Lakh and was one of the many players retained by the franchise ahead of the current season. (READ: Midhun debuts for Rajasthan, KKR bowl)

Midhun has played three List A matches for Kerala, first of which came in February 2018 while he has eight T20 matches under his belt, taking eight wickets at 22.39. In the 2018-19 Syed Mushtaq Ali Trophy, Midhun played five matches, taking seven wickets.

Midhun hails from Pullukulangara, near Kayamkulam in Alappuzha district and is the son of grocery shop owner Sudhesan. Midhun picked up cricket at the age of 13 starting at the Shot Cricket Club, Kandalloor and later moved to Travancore Cricket Academy, Kayamkulam in Kayaumkulam.

The leg spinner soon got himself in the U-19 Kerala side and his performance in the final of a corporate tournament, where he picked up up for wickets, paved way to the state s senior T20 side.

Last year, playing in the Under-23 BCCI tourney, he picked up a hat-trick against Andhra Pradesh. 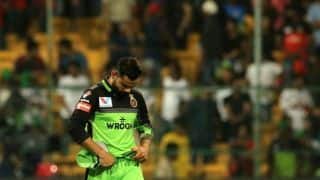 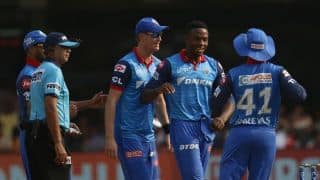