After being sent in by Chennai captain MS Dhoni, Bangalore crumbled to spin to be bundled out for 70.

After a poor start to their Indian T20 League campaign, Bangalore assistant coach Vikram Solanki says the team has taken few positives from the defeat and will have to move on from the sorry show.

After being sent in by Chennai captain MS Dhoni, Bangalore crumbled to spin to be bundled out for 70 in 17.1 overs. Opener Parthiv Patel top-scored with 29 and was their only batsman to score in double-digits.

“It [start] is not ideal. There are some positives though. (Yuzvendra) Chahal bowled a wonderful spell. Moeen (Ali) also bowled well and (youngster Navdeep) Saini bowled with pace. Far from an ideal performance but we have to move on,” Solanki said on Saturday.

While Bangalore failed to adjust to the conditions, Chennai batsmen adapted to the spinning Chepauk pitch well and dug their way to score 71 in 17.4 overs at the cost of seven wickets.

“I don’t think we played well enough and CSK were by far the better side. We were surprised by spin and lack of pace and it spun far more than we thought. It was probably not an ideal pitch as it was not an even contest. You need an opportunity to score as well,” Solanki observed.

He added, “Perhaps 120-130 would have been enough but batting first in the first game in the tournament we needed to be brave and say maybe should have looked to get to 100 and look at things. We needed just one partnership and if necessary could have even played ugly and dug in to stop the rut of constant wickets.” 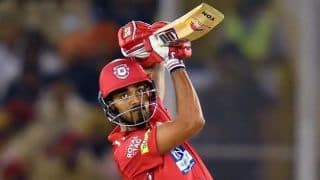 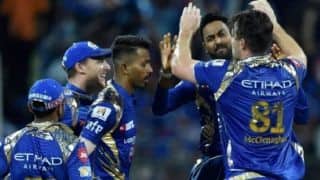 Indian T20 League, Mumbai vs Delhi: When and where to watch, Predictions and playing XIs