All eyes will be on these five batsmen who will be expected to help their teams cross the line.

With just a couple of days left for the start of the annual T20 festival the Indian Premier League (IPL 2019) fans across the country are eagerly awaiting fireworks from some big hitters in the business.

Always considered the batsmen’s game, power hitters in different franchises not only entertain the fans to the hilt, but also guide their respective teams to massive totals. These batsmen, with the ability to change the course of any game anytime, will again be the main drivers of their team’s success. (ALSO READ: My name also came up in talks of fixing: MS Dhoni opens up on IPL 2013 fixing scandal involving CSK)

Each eight of the IPL team possesses some big-hitters of the game. However, all eyes will be on five batsmen who will be expected to help their teams cross the line, a thing which they have done on multiple occasions in the past.

The first thing that comes to anyone’s mind on hearing the name Dhoni is finisher. Dhoni needs little introduction as the ‘Captain Cool’ believes in taking the game to death overs and finishing it off in a style. Whatever the target on the scoreboard, with Dhoni in their arsenal, Chennai Super Kings will be pretty relaxed as the stumper has helped the defending champions overhaul massive targets a number of times.

With an IPL strike rate of 150.93, the South African will be the other big-hitter to watch playing for the Royal Challengers Bangalore (RCB). Also known as the 360-degree batsman, de Villiers possesses hard-hitting skills and is more than a decent wicket-keeper and an agile fielder who can put an acrobat to shame. On a good day, he can single-handedly win matches for his team.

The Caribbean all-rounder has played saviour for Mumbai Indians on several occasions. This big-hitting batsman, capable of clearing most cricket grounds, has a strike-rate of 145.07 in IPL. Mumbai will once again turn to him to take them to a position of dominance with his lusty blows.

Rajasthan Royals were struggling in the early parts of IPL 2018 before they decided to send Buttler up the order and that changed the scenario. A serious stroke-maker, Butler has gained the reputation of being England’s most valuable player in the shortest formats of cricket. Butler has amassed over 4,000 runs in the T20 format and skipper Ajinkya Rahane will surely be expecting him to have a blast in the league.

With a strike rate of 166.66, Morris has displayed his unique ability to take on the bowlers in crunch situations, lower down the order. The South African has played a key role in Delhi Capitals‘ campaigns over the last two IPL seasons. Starting his IPL journey with the Chennai Super Kings, Morris had also been part of the Rajasthan Royals before being inducted into the Capitals’ squad. Morris is known for his power-hitting and carries the ability to clear balls over the fence for massive sixes, a thing the Capitals will expect from him again. 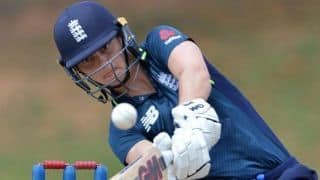 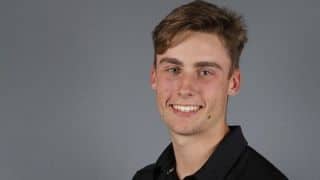