Rabada said that he wasn't sure who was going to bowl the over before bowling coach Hopes asked him to warm-up.

Kagiso Rabada was seated in the dressing room in shorts with opener Shikhar Dhawan for company as the Delhi Capitals (DC) looked to be cruising to a victory over the Kolkata Knight Riders (KKR) at the Feroz Shah Kotla before a mini-collapse saw the game ending in a tie and the Super Over coming into effect. (READ: How Delhi beat Kolkata in Super Over at Kotla)

The South African pacer stepped up and bowled six yorkers in the Super Over to take DC home by three runs in the nail-bitter. (READ: Expected us to finish the match with an over to spare – Iyer)

Speaking after the game, Rabada said that he wasn’t sure who was going to bowl the over before bowling coach James Hopes asked him to warm-up as he would be the one bowling the Super Over and not fellow countryman, Chris Morris.

“We weren’t sure who was going to bowl and then Hopesy came up to me and said I was going to bowl that over. Obviously lots of nerves. I just saw it as a simulation and glad it paid off. You have to keep your wits about you and be really clear on what you have to bowl. I just went with yorkers and it worked in the end. I was clear and backed my plan,” he said.

The precision with which he bowled the six balls made all sit up and take note, but he didn’t wish to compare himself to greats like Wasim Akram or Curtly Ambrose who could bowl yorkers at will.

“If you see, some of the bowlers like Ambrose, Akram, Waqar Younis used the yorker as a wicket-taking delivery and surprised batsmen with it. The batsmen knew it was coming, but couldn’t do much about it. Those players as also the likes of Lasith Malinga and Jasprit Bumrah are natural with the yorkers. But you can also develop it with practice,” he explained.

Asked why the yorker wasn’t used against Andre Russell in the main innings, Rabada said: “It doesn’t always come out right. I am sure the bowlers wanted to, but when you miss the yorker, it comes out as a length ball. I think the bowlers tried. I was going to bowl them as it was my plan B.

“In the Super Over, I decided early. I thought I could bowl bouncers or slower balls, but they are risky gamble balls. I felt the yorker was coming out well. I was thinking if I should go length because Russell will hit anything that is full. I was running in second guessing, but I backed the yorker.” 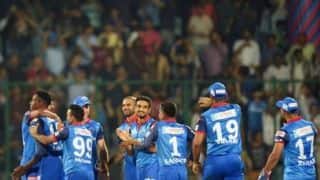 How Delhi beat Kolkata in Super Over at Kotla 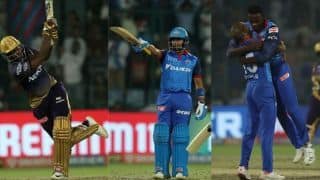