Bumrah said that execution is the key when it comes to the shortest format of the game.

After conceding 31 runs from his last 2 overs against Delhi Capitals, Mumbai Indians pacer Jasprit Bumrah came back with a bang against Royal Challengers Bangalore on Thursday as he finished with figures of 3/20 from his four overs. While one of his three scalps was none other than RCB skipper Virat Kohli, the more impressive fact was that he gave away just 1 run off the 17th over. (READ: Bumrah steals a humdinger for Mumbai)

Speaking after the game, Bumrah said that he just sticks to the basics and tries to bowl to his strength. The pacer said that execution is the key when it comes to the shortest format of the game.

“You go ball by ball and you try to control the controllables. You try to back yourself in the situation. You don’t go too far behind, I was just focussing on my plan and trying to back my strengths. I always try to back myself in any situation and execute the plan to perfection,” he said after the match.

In fact, teammate Krunal Pandya went a step further and called the pacer a legend. He applauded the pacer for showing great consistency. “It was a great game. We were in-out throughout the second innings. The way Bum(rah) bowled, he is a legend. The way he’s giving consistent performances whether he is playing for India or Mumbai Indians; he is outstanding,” he said.

The spinning allrounder also backed brother Hardik to continue the form he showed in Bengaluru on Thursday and cracked a 14-ball 32 to take Mumbai to a match-winning total of 187/8 in their 20 overs.

“Whatever I have seen of Hardik this year, he’s striking the ball very well. For me, it was excepted, what he did. He’s in a good mind space. I’m pretty sure he’ll be delivering for MI consistently. It’s important to get a win in the 2nd game only, sets the momentum for the team. All are looking good. Specially when you win matches like this, you grow as a team and a player as well,” he said. 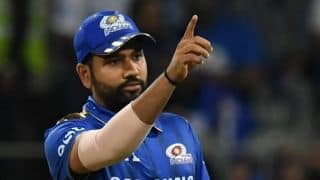 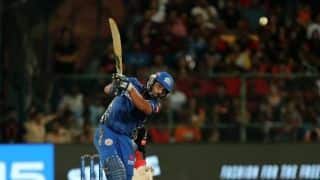