While fans have started debating it, Stokes made it clear he would never do anything like this.

“Hopefully I’m playing in the World Cup final and if @imVkohli is batting when I’m bowling I would never ever ever ever ever ever…..just clarifying to the mentions I’ve received ?? #hallabol,” Stokes wrote on Twitter.

The issue has snowballed and even the BCCI said that as captain Ashwin should have maintained the decorum. (ALSO READ: Ashwin is guilty: Prasanna)

“The match officials have failed in their duty to handle this issue. Buttler ought to have been adjudged not out if the laws were applied squarely to the situation. Ashwin also must understand that laws and the spirit of the game have to be kept in mind,” a board official told IANS.

“A player is supposed to deceive the other with his cricketing skills and not with shady skills. If the batsman is taking advantage, deal with it in the right way – as a gentleman. Competitiveness is all very well, but a standard of decorum ought to be maintained.”

Former India spinner Erapalli Prasanna also pulled Ashwin up for his act and said the captain terming the action as ‘instinctive’ wasn’t true.

“He is feeling guilty and he is trying to cover up. I don’t think he is clear to himself. He is bluffing. He is not telling the truth,” Prasanna told IANS.

“I (Ashwin) did it in the heat of the moment, all these things does not apply. Even a school cricketer knows, a batsman has to be cautioned. It has to be fair play. Most important point is, such an action is taken after cautioning the non-striker, telling him that he is leaving the crease much before the ball is delivered.” 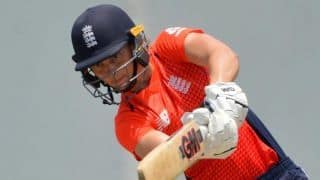