The fact that Mumbai have had the wood over Chennai this season with three wins, two of them at CSK’s fortress of MA Chidambaram Stadium, may not hold much advantage as the IPL final will be an altogether different ball game. Or will it?

Mumbai Indians, Chennai Super Kings, IPL Final – We can wait an eternity for you all to give us a better combo. Because there is none, at least in cricket. The El Clasico of cricket has this year gone in to overdrive with both the teams set to meet for the fourth time in just under two months.

But, the fact that Mumbai have had the wood over Chennai this season with three wins, two of them at CSK’s fortress of MA Chidambaram Stadium, may not hold much advantage as the IPL final will be an altogether different ball game. Or will it? CSK will be playing their eighth final under MS Dhoni, but the Thala has lost five of those as skipper and six as a player. On the other hand, Rohit Sharma has never lost in an IPL final – three times he took MI to title while his first taste of IPL title came with the now defunct Deccan Chargers.

CSK have big match players with Suresh Raina, Shane Watson, Murali Vijay and Dhoni – all CSK – having the most runs in IPL finals.

So, if you are looking for which team has the advantage, there is very little to differentiate, but still how will the dynamics play out, you ask? Here’s a look:

No pace for Quinton de Kock

Quinton de Kock has had an impressive run in IPL 2019, and despite Rohit Sharma not firing as per his standards, de Kock has done really well on the tricky Indian tracks and the Rajiv Gandhi international Stadium will present de Kock with further challenges. De Kock likes pace and the gentle medium of Deepak Chahar could suit him. In the case, it is highly likely we see someone like Harbhajan Singh bowling in the powerplay to the left-hander to keep a check on him. Ravindra Jadeja could very well be an option, but a left-arm spinner may carry a bit more risk than an offspinner against de Kock.

Hardik Pandya with a marauding run this season and reaffirmed his position as óne of world’s leading big-hitting finishers and CSK may as well be scratching their head on how to stop Hardik. CSK has leaked quite a few runs in the death overs with the likes of Shardul Thakur, Dwayne Bravo and Chahar going for plenty. Dhoni may try and holding back Imran Tahir for Pandya and one over fo Harbhajan, but that runs a risk of letting the game go in the middle-overs were the likes of Ishan Kishan and Suryakumar Yadav can dent CSK.

In the 2018 IPL final Shane Watson single-handedly handed CSK their third title with a terrific century but he heads in the this year’s final with the second worst average for an opener in a single IPL season. But the he came good in the Eliminator and you may expect the big burly Australian to repose the faith the team management has shown in him. Or that Eliminator knock was the final hurrah for the opener? Only time will tell.

Bumrah vs Dhoni or Malinga vs Dhoni

This has been the year of Dhoni the batsman. With 414 runs, Dhoni leads the CSK’s batting tally and this is also the most runs he has scored in a single IPL season. So how to counter the talisman. Rohit has the great Lasith Malinga and the inspiring Jasprit Bumrah at his disposal. Bumrah has been held back for the death overs, but what if Dhoni springs in a surprise and comes out to bat early? will Rohit try and get rid of Dhoni as early as possible bringing in either Malinga or Bumrah. If that is the case Bumrah should be the man with the ball in his hand against Dhoni. Dhoni has not scored a single boundary off Bumrah this season and with the kind of form Bumrah is enjoying, he could get the better of the former India captain.

Will you punt on Raina?

THe IPL playoff behemoth Suresh Raina has had a weak IPL campaign so far, but he is due a big on. Will the big one come in the final. Who knows, but if it comes that may as well be curtains for Mumbai Indians. However, speaking of players who are due, the list also includes Rohit and a certain Kieron Pollard as well. 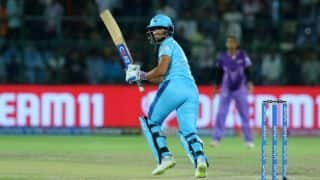 Looking for more matches and teams in next Women’s T20 League: Harmanpreet Kaur 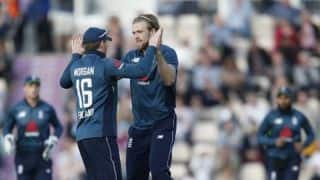 Selecting final squad for World Cup will be a tough decision: Eoin Morgan