Kohli said he won't mind sitting out one or two Indian T20 League matches to stay fit and fresh for the ICC World Cup.

India captain Virat Kohli on Friday said he won’t mind sitting out one or two Indian T20 League matches to stay fit and fresh for the ICC World Cup, putting the onus on his UK-bound players to manage their workload. (READ: Don’t care being judged on winning Indian T20 league, says Kohli)

“Yes.. that’s a big possibility. Why not?,” Kohli said when asked if he could sit out a match or two to avoid burnout. “It’s a personal responsibility. It is up to the players to give information on any niggle to the concerned people as soon as possible and work as per plan.” (READ: Onus on players to manage IPL workload – Kohli)

Kohli was speaking on the eve of the Indian T20 League opener between Bangalore and Chennai on Saturday. “We have told the players to be smart about how they feel on a particular day and then reporting to the physios. If he’s told not to play, then he has to respect that,” Kohli said.

With the T20 league, which begins Saturday, culminating days before the World Cup, there has been a lot of talk about managing the workload of the players during the next two months. Asked if the workload issue will affect the league, the Bangalore captain said it will depend on how players strike a balance.

“At the end of the day, I am very motivated to start tomorrow personally. I don’t know how competitive or how relaxed Indian players are going to be during the tournament. Every professional knows how to maintain a balance. Eventually you are playing for a franchise and they have trusted you to do a job for them,” said Kohli.

Kohli said the talent of his team’s domestic players would be on display when Bangalore takes on Chennai.

“Not many people are aware of the strengths of some of the Indian guys we possess in our team. And that’s one area we want to focus on. In the past, the focus was always been on getting strong overseas players,” he said. “This time around, guys from the domestic circuit are really confident. Tomorrow you will see the kind of bowling options and depth we carry.

Bangalore haven’t beaten Chennai since 2014 but Kohli made it clear that he doesn’t believe in rivalries and head-to-head records.

“I don’t believe in head to head and rivalries. In T20 it is anyone’s game really. Some teams we have done really well against. Some teams like Chennai we haven’t won in the last six games,” he said. “It is no like you focus only on playing those teams and not focus on teams you have lost against. Opposition this year doesn’t matter for us. It is the vision we have and kind of cricket we want to play as a side and we will focus on that.” 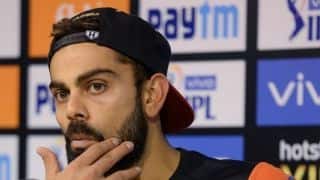 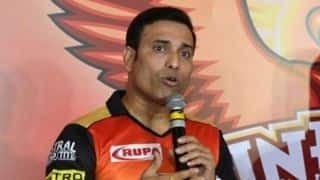