Archer also placed himself and Afghanistan's Rashid Khan in the list of top three bowlers in the shortest format.

Jofra Archer, one of the most sought-after bowlers in franchise-based leagues, rates Indian pacer Jasprit Bumrah as the best T20 bowler currently playing in world cricket.

The Barbados-born medium-pacer, who will soon qualify to play for England in the international arena after completing a mandatory seven-year residency in the country, also placed himself and Afghanistan’s Rashid Khan in the list of top three bowlers in the shortest format. (ALSO READ: Jofra Archer could enhance England’s World Cup squad: Nasser Hussain)

“I am going to say that I quite like Bumrah. I would include a spinner in the list and that is Rashid Khan. So it’s myself, Bumrah and Rashid, who are three best bowlers in T20 cricket,” Archer, playing for Rajasthan Royals in the ongoing IPL, told PTI during an interview.

Archer, who has 105 wickets from 82 T20 games at an economy rate of less than eight runs per over, feels Bumrah’s unusual action makes it difficult for batsmen to pick him. (ALSO READ: Bumrah threatening in all three formats: Cummins)

“With the new ball, it can go either way, so for all the fast bowlers, it is essential that you have an extra edge at the death,” said Archer.

“Even with his action, he bowls yorkers really well. And the key to possessing a potent slower delivery in case of Bumrah is his action. His hands go on all directions and suddenly you will find it really hard to pick up the slower one,” explained Archer. (ALSO READ: Jofra Archer could gate-crash England s World Cup squad, suggests Trevor Bayliss)

Archer has a couple of deceptive bouncers and some good variation of slower deliveries but he admitted that the toughest delivery to execute in a pressure cooker scenario is the wide Yorker because of the margin of error.

“Personally, I don’t even like it really because your margin for error could be a wide or a four or if you nail it then a single. Personally, for me I find it way too hard and try not using it,” he said.

Royals have enough firepower to win the IPL after 11 years, Archer exuded confidence despite the fact that England’s World Cup hopefuls such as Jos Buttler and Ben Stokes will be back in the UK on April 25 as per an England and Wales Cricket Board’s diktat.

On the personal front, Archer has set his sights on the ‘Purple Cap’, meant for the top wicket-taker in the IPL.

“I just want us to get to the play-offs first and then worry about getting into the finals. Personally, I will like to get the Purple Cap. I want to score a few runs as well as I didn’t score too many last year. Hopefully, I can turn that round this year and show what I can do with the bat,” the 23-year-old said. (ALSO READ: Eoin Morgan gives Jofra Archer hope for inclusion in England s ICC World Cup 2019 squad)

His name has an uncanny resemblance to famous British novelist Jeffrey Archer and Jofra said he used to be amused by the pronunciation of his name.

“I didn’t know that Jeffrey Archer is a cricket fan. I didn’t even know who he was really till the other day when I was on a train and he was on a poster. I then realised why people call my name wrong and that’s what it was.

“Then I realised he (Jeffrey) was an author. A few guys on social media were joking and I didn’t know he was an author. Never read anything till now,” he signed off. 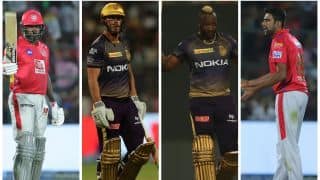 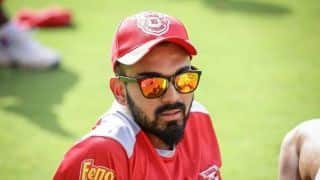