Smith has called his Rajasthan Royals teammate Jos Buttler one of the most destructive batsmen in international cricket.

The returning Steve Smith has called his Rajasthan Royals teammate Jos Buttler one of the most destructive batsmen in international cricket, heaping rich praise on the England wicketkeeper batsman. In 37 matches, Buttler has 1075 runs at an average of 34.67 and strike-rate of over 150 and had tallied 548 runs from 13 games last season for the Royals. (READ: Boosted by Smith s return, it s a battle royal for Rajasthan)

The Australian run-machine is returning to top-flight cricket after serving a 12-month-long ban for his involvement in ball-tampering against South Africa in Cape Town last year.

“Playing alongside Buttler will be great. Batting with him makes things easier for me. He’s an exciting player and one of the most destructive batters around the world,” Smith said during a live interaction on the franchise’s social media platform.

Smith’s Australian teammate David Warner, who was also involved in the scandal, joined his IPL team, the Sunrisers Hyderabad. Rajasthan will be playing their IPL opener against Kings XI Punjab at the Sawai Mansingh Stadium on March 26.

“It will be great – never got the chance to play in Jaipur with the Royals. I am sure the fans will come out in big numbers and support us,” Smith said.

Rajasthan Royals won the inaugural IPL under Shane Warne‘s captaincy and made it to the Playoffs last year after which they lost the eliminator to two-time winners Kolkata Knight Riders. 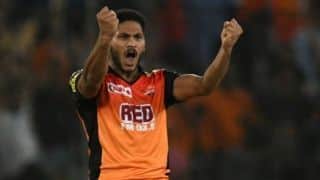