Rabada is looking forward to playing a crucial part in the Delhi based-franchise's revival this season.

South Africa fast bowler Kagiso Rabada feels a new look Delhi franchise has the potential to be a “powerhouse” in the future editions of the Indian T20 League. Rabada re-united with his Delhi teammates Friday as they prepared to take on Mumbai in their first match at the Wankhede Stadium on Sunday. (READ: Shaw targets massive season)

The 23-year-old, who arrived in the country after helping his South Africa beat Sri Lanka 5-0 in the recently-concluded ODI series, is looking forward to playing a crucial part in the JSW and GMR co-owned franchise’s revival this season. (READ: Vihari looking forward to stint with Delhi)

“I think we have put together a great squad this time around. It is a fairly young squad and I feel there is a good mixture of overseas players along with the Indian players,” Rabada said. “We have some very exciting spinners as well along with good batsmen. Of course, the pace bowling is going to be one of our strengths and I am really looking forward to playing a part in my team’s success this season.”

Rabada added that he is excited to see the progress of the team this season.

“We know that the name of the franchise has changed and we will be playing in new colours. We have a new slate with new goals on it and I am excited to see how Delhi is growing to progress this season,” he said.

“What is essential is that it’s a fairly young team that has kind of stuck together through a couple of seasons and is now growing together to get valuable experience. I think we have the potential to be a powerhouse in the future.”

Rabada, ranked third in ICC Test Rankings and fifth in the ICC ODI Rankings, is keen on teaming up with the likes of Ishant Sharma, Trent Boult and Chris Morris among others.

“We are quite a strong unit. We have always had a good pace bowling attack since I have been here but this year it’s a little bit different as we have added some depth which shall help us in being even more effective as a unit,” the South Africa quick said.

Rabada said he believes that T20 is more about making correct decisions on the spot.

“Of course, the margin for error is getting lesser as both batsmen and bowlers have become more skilled. But I feel in T20 cricket, you don’t need as much consistency as you need in the longer formats,” he said.

“In T20 cricket, you need to weight up your options and make certain choices which have more changes of going your way. You have to act quickly in T20 cricket and yes whatever you want to bowl, you have to be clear in your mind and give it your best shot.” 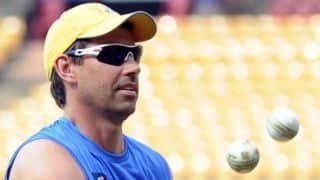